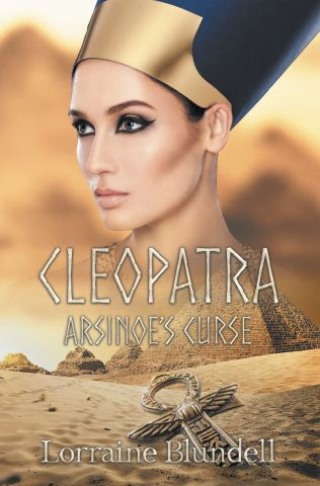 A CURSE DOWN THE AGES

Murder on the temple steps. A scarlet stain on the pristine white marble with an imprint that seeps blood down the centuries. A curse that will not die and a forgotten myth whispered through the dusty veil of history.

Lovers Antony and Cleopatra should have had the world at their feet. Instead, they were harassed to their deaths by a series of major disasters. Their tomb was never found. Where is it?

This is their story. From the sculpted sand dunes of exotic Alexandria, its royal palace, temples and conspiracies to the glories of mighty Rome and the dangerous secrets of Ephesus.

Could so many major disasters have been just bad luck or was there a malevolent hand at work, pulling them forever closer to death and the end of their dreams of empire?

Lorraine Blundell (Dance) was born in Brisbane, Australia. She lives in Melbourne and has a daughter, Jenni, and a son, Steve. Lorraine graduated from the University of Queensland with a Bachelor of Arts Degree majoring in English and History. She holds a teaching qualification in Drama from Trinity College, London.

She trained as a classical singer at the Queensland State Conservatorium of Music, Brisbane. During that period, she sang professionally on television as a solo vocalist, regularly performing for six years on channels BTQ7 and QTQ9 Brisbane as well as nationally on HSV7 Melbourne.

Lorraine is an experienced performer in musical theatre productions. Her interests are singing, ancient history and archaeology.